A few months ago, my parents told me they’d be trekking across the country on their sturdy red tandem, Big Red, by themselves. Yep, without a lead car to replenish water, fix a flat, or carry their supplies! Since they’d been discussing this idea for twelve years, the announcement wasn’t out of the blue, but it did render a “Really?!” reply. On June 12th, my parents closed their Seattle door and ventured on Big Red through 11 states, 3,400 miles, 120,000 feet of elevation gain until they reached the New Jersey shore last Saturday. A.M.A.Z.I.N.G.

I’ve always been proud to be their daughter, but this feeling erupting in my chest was a sense of being proud of them. The kind a parent feels for their child, not typically the other way around. The tables turned. My family sent care packages along the way filled with energy drinks, their favorite granola, essential oils, encouraging notes and chocolate. We tracked their every mile. When they went off the grid for eight endless hours in the middle of the Idaho and Montana mountains, my brother and I, independent from each other, called the motel where they would be staying, alerting the front desk to have them call us immediately when they arrived. We worried. We prayed. We surprised them. We cheered through text messages and FaceTime. We helped reroute when impending thunderstorms threatened.

And they were extra motivated as they purposefully biked to raise money for a new sewing project with Heavenly Treasures in Kenya.

When August 12th finally arrived, my brother’s family and my family planned to wait at the finish line. We were driving from Washington D.C. that morning and as we approached the destination, we tracked my parents and surprised them ten miles out as they refueled one last time at a convenience store.

I squealed, slightly freaking out my children, when their fluorescent yellow jerseys came into view. We hugged, gave them energy pouches, took their luggage, honked as we left and sped ahead to wait for them. The seven grandchildren held a finish line banner, and they powered to the end, awaiting hugs and puffed up chests from their family.

When my dad’s next birthday arrives, he’ll officially be a septuagenarian. They set a goal, and they went for it. Even while being a chiropractor (my dad) and running his practice (my mom), months of planning, researching and training culminated in two months of endurance, difficulty and joy.  My mom had intense ankle pain for a week (400 miles of pedaling with pain!), they trusted Google maps (which deceived them and sent them on an 81-turn wild goose chase to someone’s driveway in Pennsylvania), and received the generosity of strangers in the form of water and hospitality in the moments of desperation. They celebrated their 45th wedding anniversary in rural New York, and continue to achieve dreams together.

Like an undertow pulling me back into the heavy current and proceeding to shoot me forth onto the shore, observing my parent’s epic journey propels me forward. I’ve never been one to sit on my rump and wait for life to pass me by, but it’s been a long while since I’ve set a goal for myself. Growing up in a sport that required extreme discipline and goal setting, it was normal and expected. But three kids, work, health issues, excuses and twenty years later, I sat on the Jersey sand and vowed to fulfill a dream. “Goals are dreams with deadlines,” rings in my ear.

Dreams sit on their rumps until goals take them by the hand and lead them forward.

I’ve had a dream, but now I’ve set a goal. However, my fear of failure gets the best of me, and I’m shaky even typing it here. My dream is to run a marathon before I turn 40. There. I said it. Alas, before the kids wake up, I’ve been hitting the asphalt, ticking off the miles on my log, and hoping for the best.

We all need motivation in one form or another. Mine came with sixty days of following my parents every spoke turn. They’ve been on my sideline for 39 years cheering me through every up and down, and it was a humbling honor to return the favor. 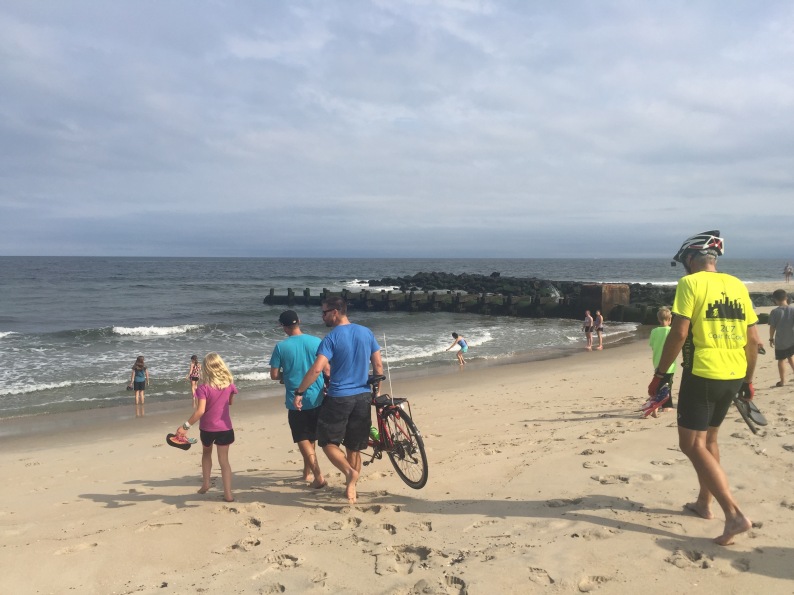 View all posts by Anika Ortiz

2 thoughts on “Tables Turned: When My Parents Inspired Me”